My plan was to then go up to the Petrin tower, which is called "Prague's Eiffel," eat something there, and then see the observatory that I didn't get to see the other day. I did the first part ok. The daily pass tram ticket also covers the ride on the funicular to the top of the mountain where the tower is. From the funicular, you do need a separate ticket to get into the Petrin Tower, and it costs an additional amount to use the elevator.So, I instead used the stairs. All 299 of them. Fortunately, they have 2 separate stair cases- one for up and one for down, so it is a more comfortable climb. The view from the top is a good view, as would be expected. It's a bit windy, but very nice. Then, I got to climb down all the stairs. Despite being incredibly well marked, there were people climbing up the down stairs, for some reason. It made the descent a bit more of a challenge, but I managed. The next part of the plan was to eat something at the top. Unfortunately, any restaurants they had were closed. The funicular was only running every 20-30 minutes, so I didn't want to get off and see if the restaurant at the middle funicular stop was open, only to find it wasn't and have to wait again. So, I went to the bottom and decided to eat at the first place I could find something at. That turned out to be a tiny restaurant, but it had great tomato soup.

Finally, I went back up to the observatory. Again, bad luck. The credit card machine was broken and she wasn't willing to take Euros, Dollars, Pounds, or anything but Czech koruna. I was about 2 koruna short, which is like being a penny short or something silly. Another couple "rescued" me. I offered them some Euro cents in exchange, but they were nice enough to just pay my penny. The observatory has several interesting displays on astronomy, light, and other scientific topics. Of course, the highlight is the ability to look through 2 of their telescopes. I got to look through both before it started to rain and they had to close the ceiling doors. The docents were very knowledgeable about the telescopes. One was able to explain the difference between a telescope designed to look at the moon and one designed to look at the stars. (One is longer to "zoom in" more and see features, the other is wider to gather more light so the stars are brighter.) The other didn't speak English, but was able to answer my Spanish questions with Italian.While I wish it hadn't started to rain, at least I got to see a little through the telescopes.

The Pyramida was a very short walk from the observatory, but the park wasn't really well enough lit for me to want to walk it in the dark and in the rain, so I took the funicular down the mountain and then took the tram over to the hotel. Overall, I really enjoyed my stay in Prague and fell like it's a place worth going back to for a few more days, although I'd definitely do some of the day trips and not stay in the city the whole time, since I already saw most of what I wanted to see. The only general negative things I can say were about the smoking and the bathrooms. Everybody seems to be smoking thesehorrible cigarettes with smoke that lingers longer like cigar smoke and just has an overwhelmingly bad smell. The other is that all the places have signs on the bathrooms that say they will charge for the bathrooms. Although I can only half-complain about that as nobody every charged me if I was a customer. 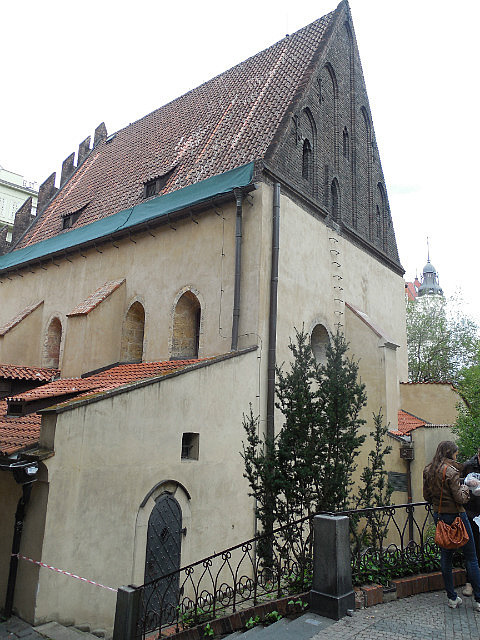 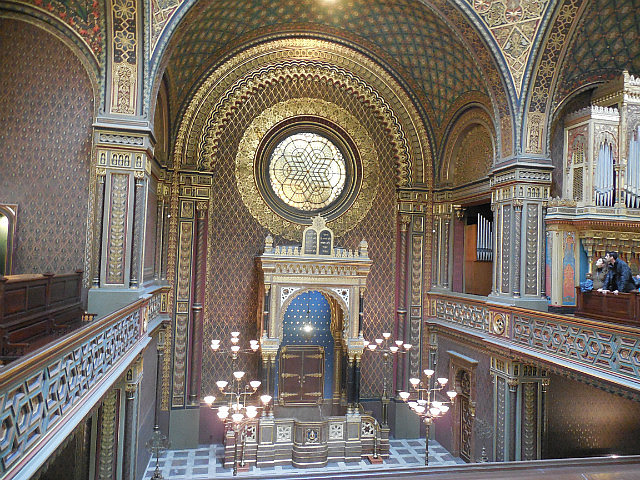 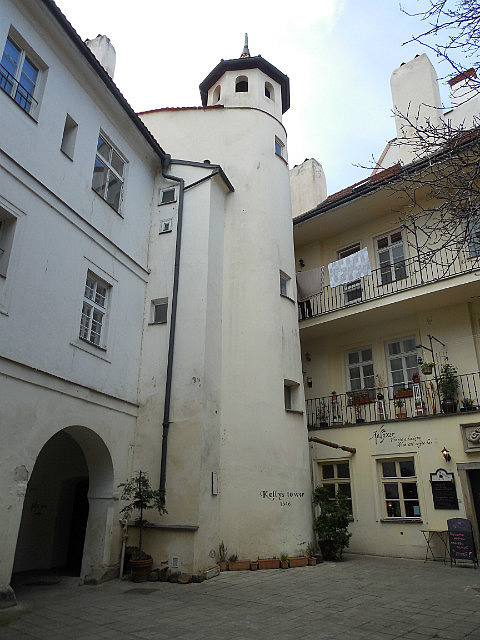 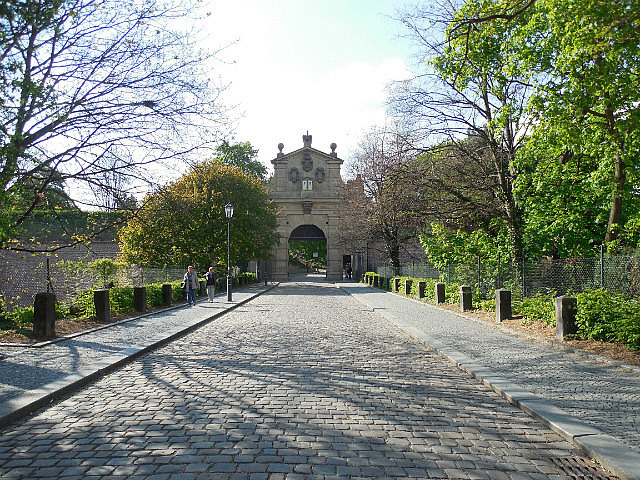 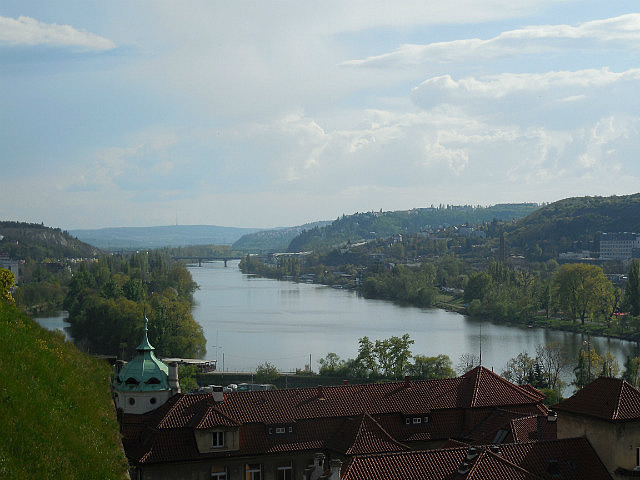 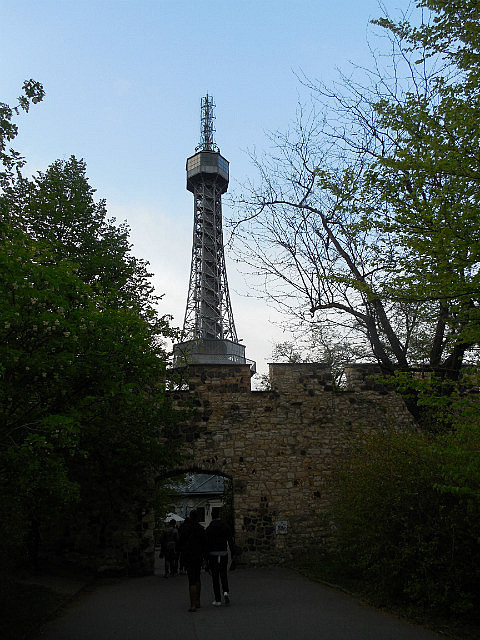 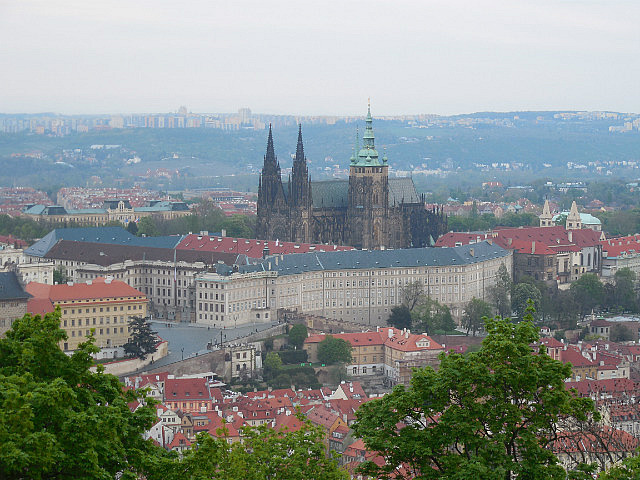 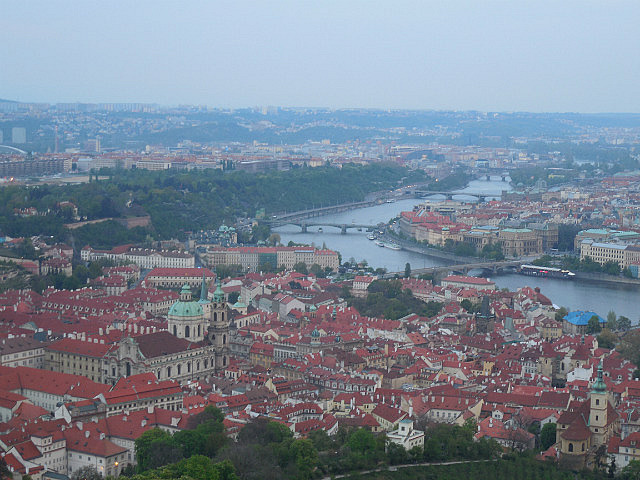 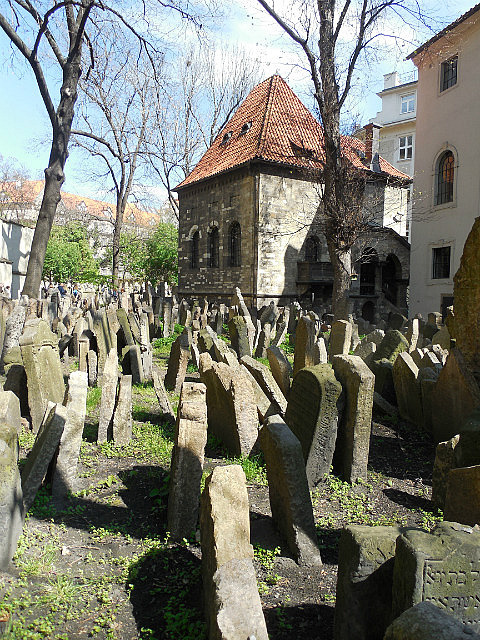