Despite the complaint of the taxi driver last night, we called for a taxi to the airport. Really, it's not that far to the subway, but the thought of lugging all that luggage to it, through it, and back up was a bit daunting. Plus, since we were really close to the airport and there were 3 of us, it wasn't really that expensive anyway. For a young, single traveler, I still recommend the subway, but for us, it wasn't the right choice. At the airport, I said goodbye to my parents, checked my luggage, got my tickets, and then headed off to Malmo by train. The train crosses this incredible bridge, but of course you can't really get a good view of the bridge from the train itself. Upon arrival in Malmo, I locked my carry-on bag in the lockers at the train station. Unfortunately, the lockers don't accept cash or a credit card without a PIN. Since I never use my credit cards as debit cards, so I have no clue what the PINs they sent me are, so I had to use my debit card for just a few bucks. I hope the international fees aren't super-high. From there, I attempted to find the visitors' center that everybody said was just across the street, but couldn't. Later, I found out that they were sending me across the wrong street. In any case, I played the "stupid tourist" card- I ducked into the nearest hotel and asked the front desk for a map. Now that I was oriented, I took some time to look at the really cool architecture in the area and on my way to Malmo castle. I'm not well-versed in the architectural terms, but I can say that the buildings looked pretty interesting. On the way to the castle, I passed through a park with a lot of really neat statues as well as the "Linneaus Gardens." In honor of all he did for plant classification, they have a large garden area with tons of different species. Again, I'm not well-versed in botany, but the gardens were pretty. I have to admit though, I generally expect more bright colors in gardens, while these must have had a large variety of species of green-only plants.

Malmo castle is a museum that contains several different sections and displays, some actually about the castle, and some pretty irrelevant, but still interesting, including an aquarium. One of the more interesting displays was the collection of old school posters. There was a wide variety of posters showing scientific processes, historical events, and some whose educational purpose I couldn't determine. The other thing that makes the castle worth the visit is the museum restaurant- I'm not kidding. For a very reasonable price, I got a salad bar, entree and drink, all of which were good, real, Swedish food. I'm not used to museum cafes having real food (as defined as made from scratch on-site, not some prepackaged item they just reheat), good food (as defined both in flavor, quality, and presentation), or particularly local food. I have to say that I was impressed with my one Swedish meal. After lunch, I headed to the other museums that were included in the ticket to the castle museum. One was closed for a private function, but the science and technology museum was open. This is a very well-done museum. When you first walk in, you can see lots of movement and activity as they have tons of motorized displays running. They have a large display on transportation, and many of the items are actually running or moving. The large submarine they have parked outside isn't moving, but you can crawl through it to see what it would have been like to live on a real submarine. (The answer is not for the claustrophobic or tall.) In addition to the real sub, they have real planes and real control tower equipment that you can touch and see. Downstairs, they have a ton of old cars and some futuristic cars as well.The upstairs area was a hands-on experiment area that was pretty similar to every other science museum- bernoulli blowers, mirror tricks, etc. That was the least exciting part of the museum, but it was still ok.

Since there didn't seem to be too much else to do in Malmo, I walked around the downtown a bit to kill time before I headed back to the airport. By complete coincidence, I ran across an "American Store." This store basically carries all the foods that are popular in the US that are hard-to-come-by elsewhere (as well as some things not popular in the states). Due to Malmo festival, they were all out of mac-n-cheese, but they had Catalina dressing, marshmallow fluff, proper Doritos, and tons of other very typical foods. I was kind of sad that I had already checked my checked luggage because it meant that I couldn't bring anything liquid/gel back. So, I went back to the train station, retrieved my carry-on, and headed back to Copenhagen airport to end the trip. 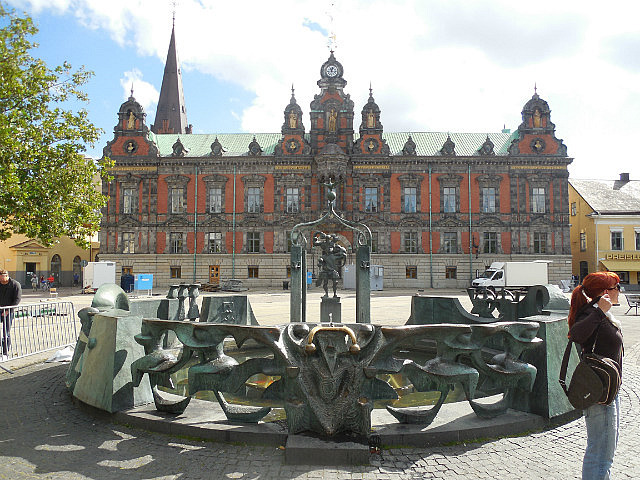 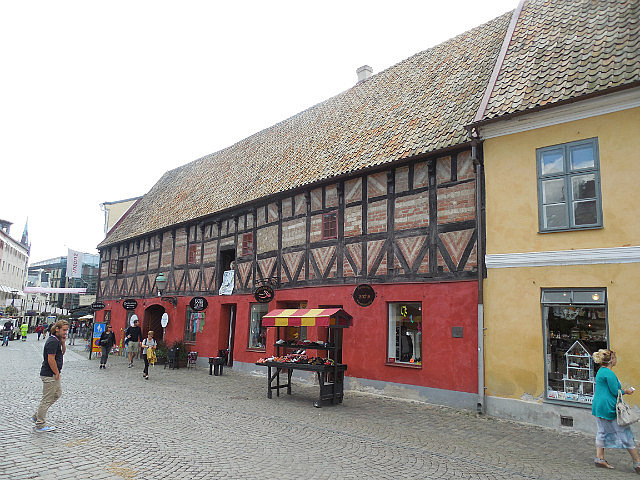 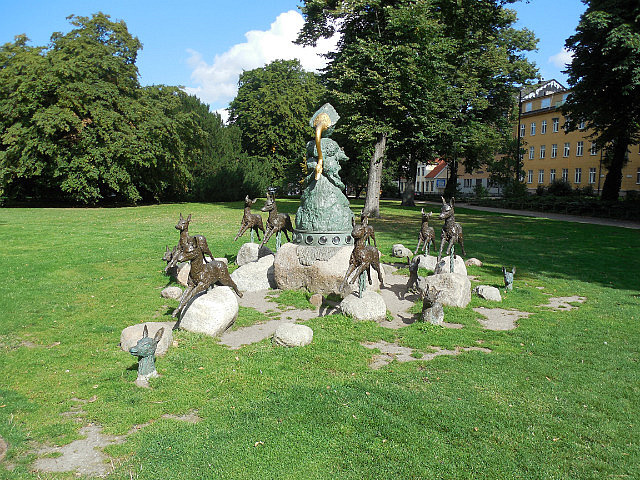 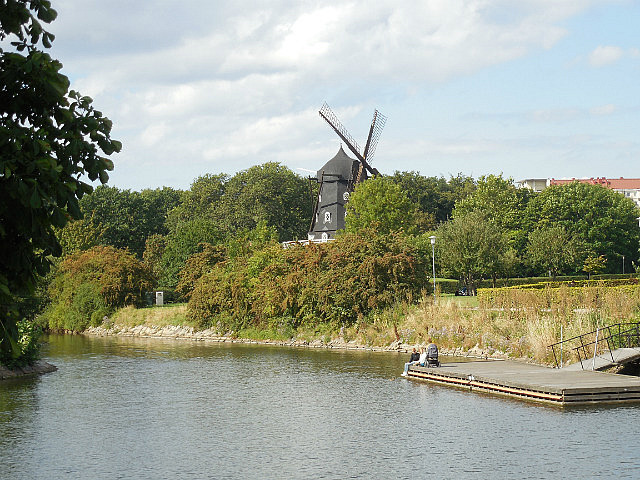 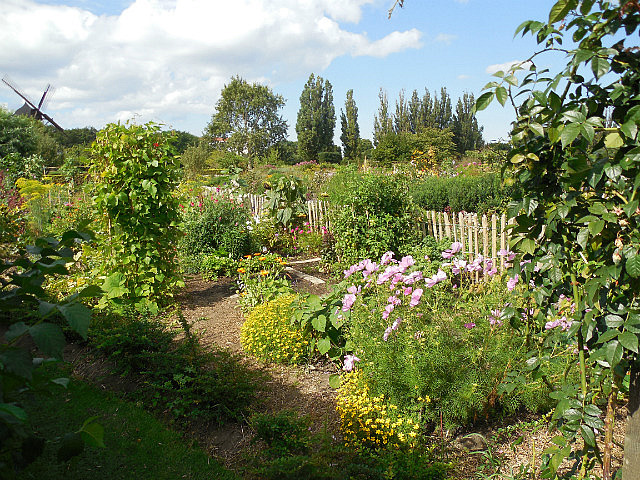 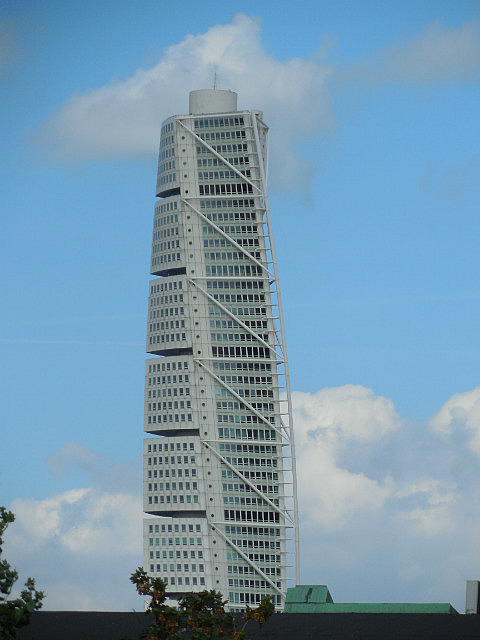 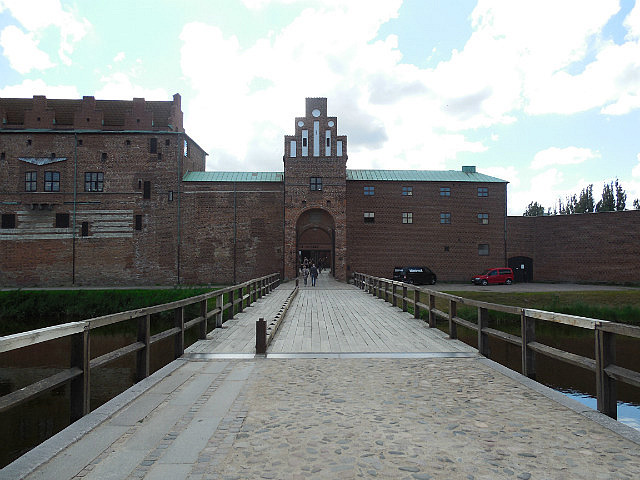 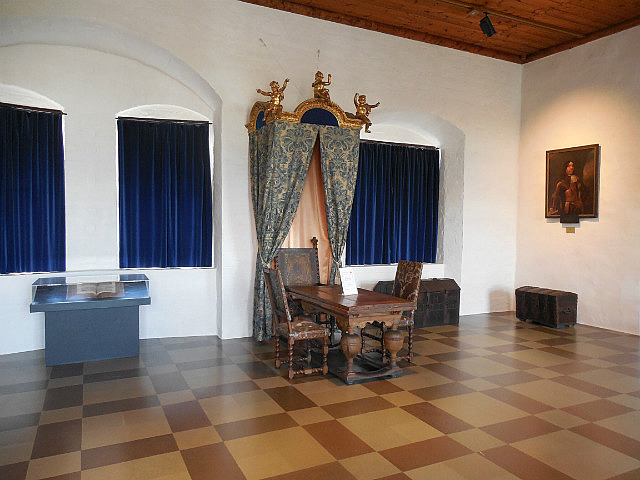 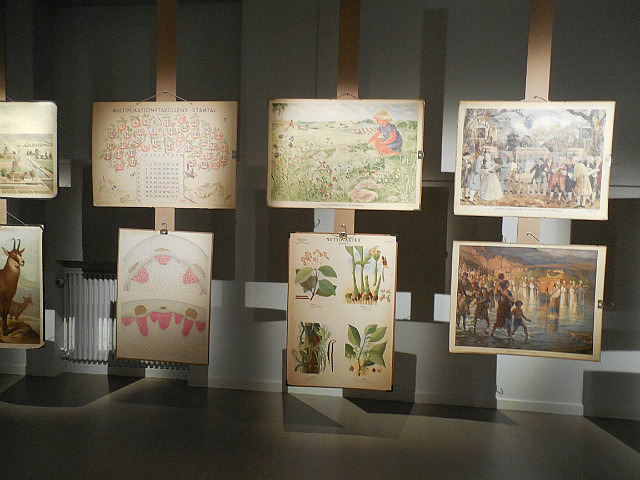 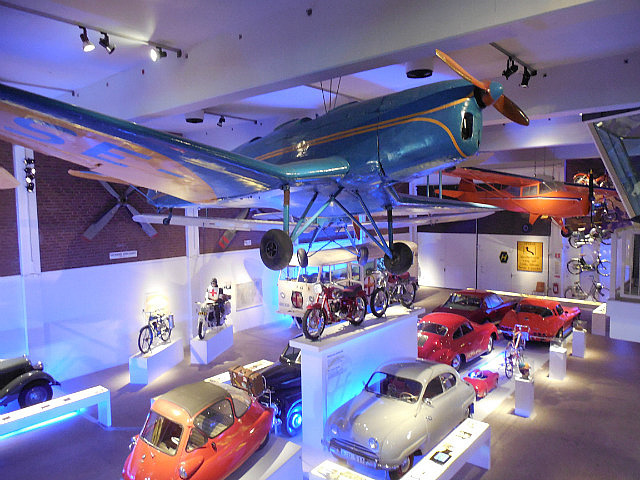 Posted by spsadventures 16:00 Archived in Sweden